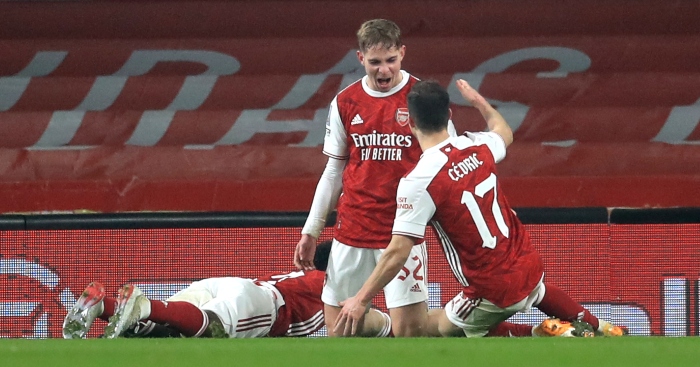 Gary Neville was full of praise for Emile Smith Rowe during Monday Night Football, insisting that the midfielder could play in the old Arsenal teams.

Smith Rowe made his first Premier League appearance of the season in the 3-1 win over Chelsea and hasn’t looked back since, helping transform Arsenal’s fortunes.

The midfielder created more chances than any other player on the pitch during their 3-0 win over Newcastle United and now has three assists in five Premier League appearances in 2020-21.

Following the game, Neville and Jamie Carragher were both waxing lyrical about the 20-year-old in the Sky Sports studio.

The former United defender even claimed that Smith Rowe’s playing style would suit the best Arsenal teams during Arsene Wenger’s reign before likening him to Gunners legend Robert Pires.