Watch: Highlights of ‘Inside the Mind of Ole Gunnar Solskjaer’ interview 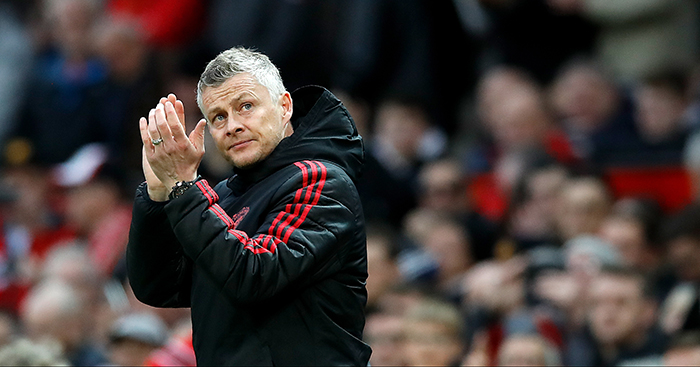 Ole Gunnar Solskjaer sat down with NBC for a near-hour long interview – and Manchester United supporters cannot fail to have been impressed by his answers.

United moved into the top four, just three points behind Spurs in third, with yet another win at the weekend, Romelu Lukaku scoring a late winner against Southampton to leave Solskjaer observing it was “like the old days”.

It has certainly felt that way for supporters since the Norweigan took over from Jose Mourinho, with United taking more points than any other team in the Premier League.

And Solskjaer has provided a fascinating insight into some of the things he’s done since being thrust into the hotseat.

“Asked what had changed, he said: “In their (the players’) minds, quite a few things changed because we asked them to go and attack, go and show your skills, go and express yourself.

“I’m here until the summer, and I’m not going to go back thinking, ‘I should have told them how good they are, how pleased I am to be a part of this’.

“I’ve admired these players from back home. My kids admire these players. You’ve got World Cup winners here, you’ve got the best goalkeeper in the world here, so you just tell them to go out there and express that talent – and they did.”

Solskjaer, who also spoke about the improvement in Paul Pogba, Marcus Rashford, Victor Lindelof and Anthony Martial, also revealed he has had to stop people he knew previously from calling him ‘boss’.

Asked whether he could have made the same sort of impact at any other club, he said: “I’d like to believe it could happen anywhere, but I think with the history I’ve got, with the connection I’ve got with the club, with the staff; I’ve worked with them, I’ve played with some of them…

“Suddenly now they call me boss. No, stop that, I’m Ole. We’ve known each other for 15 years, you don’t start calling me boss now.

“So I don’t think it would be possible for me to explain to anyone how much it means to play for that specific club as much as it is for Man Utd.

“I can relate to them how it does feel, what it means to play for this club. They should be happy that they are here, there’s no better place to play football.”

Watch the highlights from the show below.

Ferdinand: Solskjaer set the standard as a player; Man Utd must back him