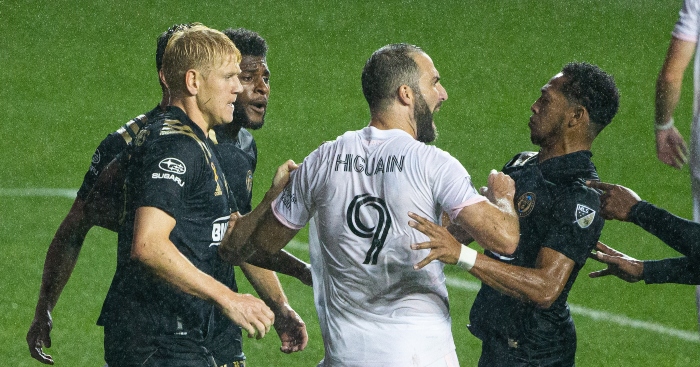 Gonzalo Higuain endured a debut to forget for Inter Miami, blazing a penalty over the crossbar in a 3-0 defeat to Philadelphia Union.

After being released by Juventus, Higuain agreed to join the Major League Soccer side, who are part-owned by former team-mate David Beckham, on a free transfer.

The striker made his highly-anticipated debut at Subaru Park and hit the outside of the post with a spectacular bicycle kick in the first half.

With Inter Miami trailing 2-0 in the 77th minute, Higuain stepped up to take a crucial penalty but his effort flew over the top of the crossbar.

The Argentina international then reacted angrily after a Union defender appeared to celebrate in front of him, leading to a bit of a scuffle.