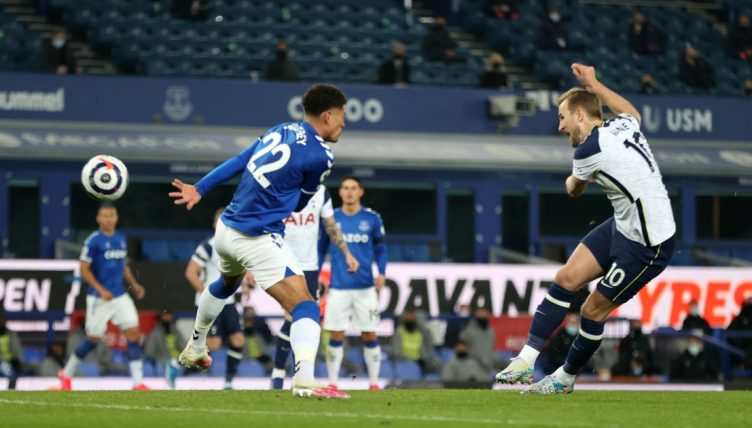 Everton gifted Harry Kane his 21st goal of the Premier League season on Friday night thanks to a miscommunication between Michael Keane and Mason Holgate.

Kane opened the scoring for Tottenham, firing home with his left foot when a cross from Tanguy Ndombele somehow found its way to the league’s top scorer just before the half-hour mark.

But the Toffees were back level within four minutes, Gylfi Sigurdsson converting from the penalty spot after Sergio Reguillon was adjudged to have clipped James Rodriguez in the box.

Just after the hour, Carlo Ancelotti’s men got themselves in front. A wonderful cross from substitute Seamus Coleman was cushioned in the net brilliantly by Sigurdsson for his second of the game.

This lead was also short-lived. As a lofted cross floated harmlessly into the box, Keane screamed at Holgate to leave it for him, but the former could only succeed in heading it against the latter.

It bounced all too kindly for the England captain who made no mistake, lashing the ball into the top corner.