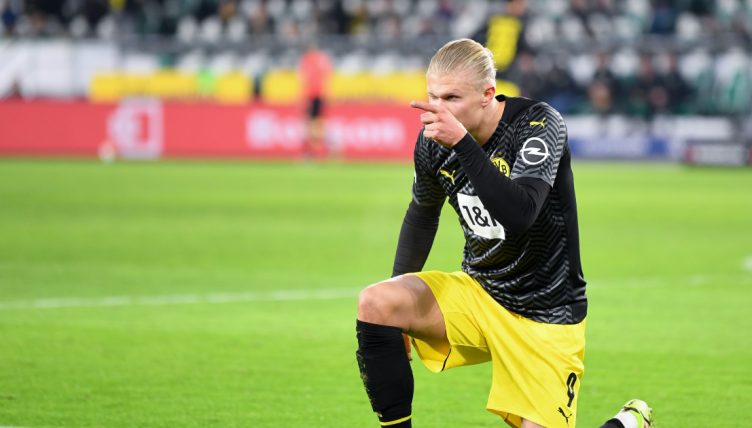 Erling Haaland was back with a bang after his surprise early return to action from injury, coming off the bench at Wolfsburg to score the third goal of the game for Borussia Dortmund in the Bundesliga, but it was the reaction of one Wolfsburg fan to Haaland’s celebration which captured the attention more than the Norwegian’s goal.

Haaland celebrated his goal by getting down on one knee and pointing at the Wolfsburg crowd, but one woman, directly in Haaland’s eye line, thought she would let him know exactly what she thought of him.

Sitting in the cold and watching her team lose a one-goal lead, the woman put one hand under the other and then put her middle finger up at Haaland, shouting something in German that we can presume roughly translates to “F**k off.”

All credit must go to the cameraman, who captured the moment perfectly, and the woman in the crowd who we can all relate to.

By channeling his inner-Zlatan, Erling Haaland proved that he isn’t human