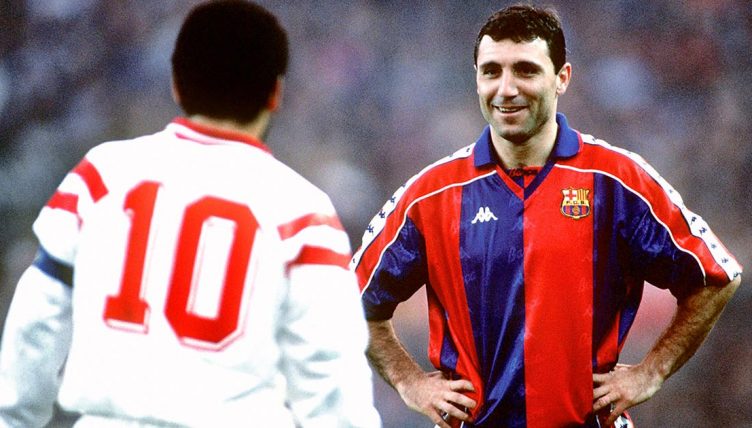 In the latest episode of our football legend reaction series on YouTube, Ben got the chance to watch the brilliant Hristo Stoichkov for the first time.

Ben has already reacted to some of the Barcelona legends, with the likes of R9 Ronaldo, Ronaldinho and Michael Laudrup, but Stoichkov was truely a unique talent.

The Bulgarian forward had his best goal scoring season with PFC CSKA Sofia in 1989/90, where he scored 47 goals in 38 appearances.

He subsequently made his move to Barcelona in 1990 where he would spearhead Johan Cruyff’s side for the next five seasons.

Stoichkov went onto score 108 goals in 214 appearances for Barcelona, where he won five league titles, three Supercopa’s, the Copa del Rey and the European Cup.

The Bulgarian striker also won the 1994 Ballon d’Or, beating the likes of Roberto Baggio and Paolo Maldini to the award.

Stoichkov might have been before Ben’s time, but this reaction is the next best thing…