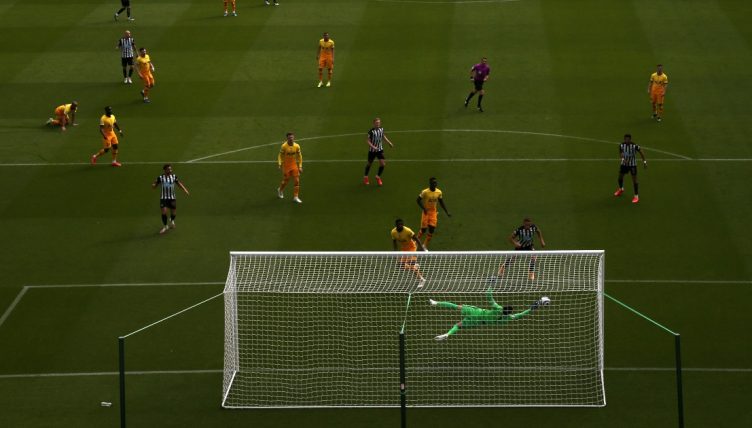 Tottenham goalkeeper Hugo Lloris made a sensational double save to prevent his team from conceding at Newcastle.

Spurs went into their Premier League match at St James’ Park in desperate need of a victory to keep them in contention for Champions League qualification.

But Jose Mourinho’s team would have fell behind early on if it wasn’t for an inspired piece of goalkeeping by Lloris.

Jonjo Shelvey whipped in a cross from deep and Dwight Gayle took advantage of slack Spurs marking to direct a header on goal.

But the France international was in inspired form and produced an eye-catching one-handed save down low to his right.

This looked in vein as Gayle pounced on the loose ball and a goal seemed inevitable.

Lloris again got himself between the ball and the goal, seeing it bounce of the post. He sat on the ball just to make sure and prevented Tottenham going a goal down.

The match eventually ended in a 2-2 draw that did neither side any favours.