Watch: Hugo Lloris produces excellent save for Spurs with score still at 0-0 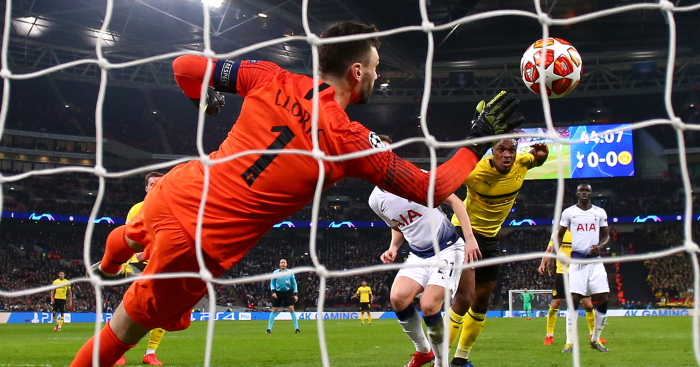 Tottenham caught the eye going forward with an impressive 3-0 win over Borussia Dortmund in the Champions League – but they had Hugo Lloris to thank for a brilliant save at a crucial stage of the game.

Spurs put the Bundesliga leaders to the sword at Wembley thanks to second-half goals from Son Heung-min, Jan Vertonghen and Fernando Llorente.

But Mauricio Pochettino’s men still had to stay switched on at the back, and Lloris came to their rescue when match was still finely poised at 0-0.

Lloris’ form has come in for criticism at times this season, but the goalkeeper was excellent in the recent victory over Leicester City and was there when it counted to stop Dan-Axel Zagadou from putting Dortmund ahead just before half-time.