Watch: Hugo Lloris pulls off incredible save against Real Madrid 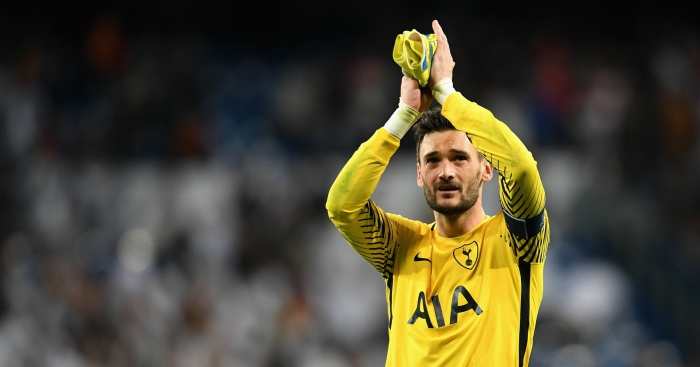 Tottenham came away from the Bernabeu with an impressive 1-1 draw on Tuesday night – but they had Hugo Lloris to thank for a sensational save from Karim Benzema in the second half.

Spurs are now six points clear of third-place Borussia Dortmund in Group H of the Champions League and took the lead at Real Madrid thanks to Raphael Varane’s own-goal.

However, Cristiano Ronaldo equalised from the spot and Benzema appeared set to score a second, only for Lloris to pull off an incredible stop, leading to Mauricio Pochettino to label the France goalkeeper would of the best in the world.

“I think Hugo was fantastic. The performance of Hugo today is one that deserves praise from everyone,” Pochettino said.

“The performance was fantastic. A brilliant effort and the belief. It’s important to congratulate the players. I’m so proud of the effort from them.”

Watch the save below. Then watch it back again and again.

Hugo Lloris with the greatest save ever. 👏 #COYS pic.twitter.com/Kl7w51N7IM