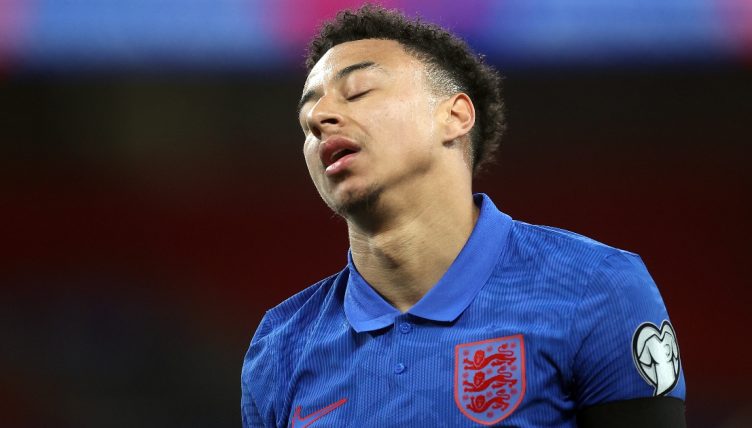 Jesse Lingard agonisingly failed to score in his first England appearance in over 18 months against San Marino, but it wasn’t for want of trying.

And there was nothing but respect from Lingard for the man that thwarted his man attempts, San Marino goalkeeper Elia Benedittini.

The Manchester United attacker, on loan at West Ham, joked after the match with Benedittini that he’d had seven shots – when in fact, he’d registered 10 attempts, and five on target.

The visiting keeper was arguably the man of the match at Wembley, keeping the score to a relatively respectable 5-0, by stopping all of Lingard’s attempts and making 10 saves in total.

Benedittini, who plays for Serie C side Cesena, took a second to understand Lingard’s joke as they chatted post-match, but saw the funny side in the end.

If the video below doesn’t load at the correct point, skip to 08:46 to find the clip.