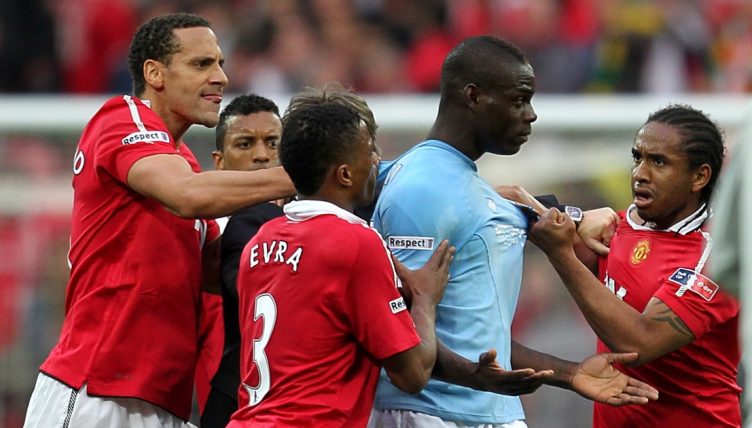 After City beat their rivals in the 2011 FA Cup semi-final, Balotelli appeared to taunt the United supporters by thrusting the badge on his shirt in their direction. Ferdinand then confronted the Italy international and had to be restrained by his team-mates.

The 43-year-old has now reflected on that incident and City’s emergence during a recent interview with Vincent Kompany on his FIVE YouTube channel.

“That semi-final, that was the moment when I thought ‘OK they (City) are here to stay,” Ferdinand said. “That was when Balotelli, remember what happened after the game? I wanted to kill him that day.

“I get on with Mario but at that moment in time…he was celebrating and giving gestures to our fans. And I was like that is disrespectful and I was going nuts.”

It was one of several controversial moments for Balotelli, who recently hit one of his Adana Demirspor team-mates after being substituted.

🎥 Catch the interview down below ⬇️https://t.co/Kmtbi1fCgS