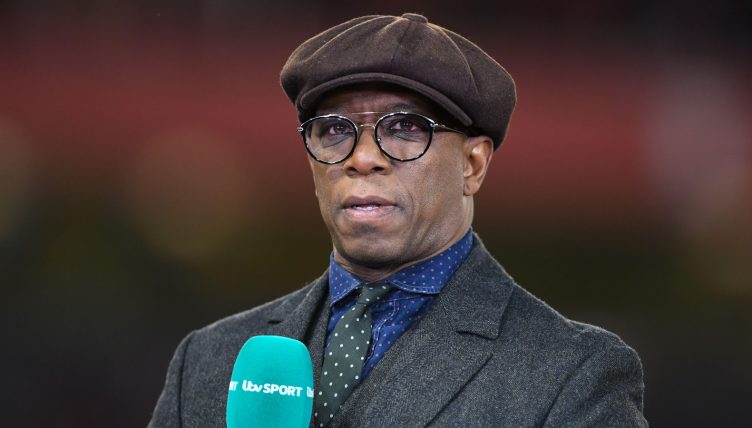 Arsenal legend Ian Wright was ecstatic after his former side beat Tottenham 3-1 in Saturday’s north London derby and was captured celebrating in typically exuberant style by Match of the Day colleague Alan Shearer.

Wright served Arsenal with distinction during the 1990s, scoring 185 goals in 288 appearances for the Gunners and becoming a club icon in the process.

The former striker has become something of a national treasure in the years since for his heart-on-the-sleeve punditry and an inability to take himself seriously.

One example came after Arsenal’s recent victory at Brentford. Asked about Granit Xhaka, Wright said: “For me, Granit Xhaka is a player that we’re finally seeing play like he does for Switzerland.

“He’s playing in a position that suits him, playing more offensively. He’s playing with real authority and confidence.

“He set the tempo for Arsenal off the ball. I’m really pleased for him because I was one of his staunchest critics. But now we’re seeing the best of Granit Xhaka.”

“I’m so proud of that for Arsenal,” Wright later said about 15-year-old debutant Ethan Nwaneri. “To get in the team at that stage, some people might think it’s a stunt, but those people – Mikel, Per, Edu – are not putting him in there for a joke.

“They’re not going to bring people in just for the sake of it. They think very highly of him, he was playing for the U18s when he was 14.

“What I think this does is sent a massive message to the other academy players and shows them they all have a chance of playing in that first team.”

So after Arsenal beat Spurs 3-1, thanks to goals from Thomas Partey, Gabriel Jesus and Xhaka, to move four points clear at the Premier League summit, Wright failed to contain his delight.

He was captured dancing a victory jig with a huge grin on his face and we cannot wait to see his face light up our screens on Match of the Day later tonight.