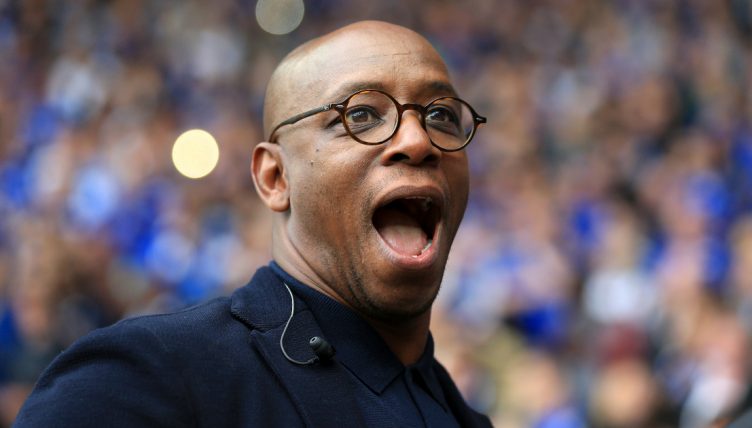 Ian Wright captured the hearts of every Arsenal fan during his playing days and his celebration as his former side secured a crucial three points away at Aston Villa embodies why he is still so adored at the club.

As Bernd Leno’s last-minute save from Philippe Coutinho sparked scenes of joy amongst the Arsenal players, Wright, who was doing punditry work on DAZN Sport, shared the initial terror but subsequent relief felt by every Arsenal fan as the keeper punched the ball away and the whistle blew.

It didn’t take a lot of words for Wright to express his delight beyond simply laughing loudly with his fists in the air before sitting back with his feet up, knowing that Arsenal were three points closer to their goal of a first top-four finish since 2016.

The Gunners now sit in fourth place with 10 games to go, four points clear of Manchester United with two games in hand, and Mikel Arteta’s young side have been putting in some impressive performances in recent weeks.

Bukayo Saka’s 30th-minute strike sealed the win after another dominant performance, and Wright spoke about the leadership within the Arsenal squad once he finished celebrating.

“A lot of pundits have been very joyous in talking about Arsenal and how weak they are, [having] no leaders. Look at them now… this Arsenal team are a young side, we’re starting to see characters grow in the side,” Wright stated.

“We’re starting to see people like Ben White, Gabriel [Magalhaes], Kieran Tierney, Odegaard, Thomas Partey. We’re talking about five, six, seven, eight players are getting an eight out of 10 every week. That’s what you have to do.”

“And then it’s up to the owners and the manager and the recruitment to bolt on the kind of players that are going to fit in the squad and continue to help them improve.”

If Arsenal continue their great form, there will certainly be more celebrations in store for the former fan favourite forward.