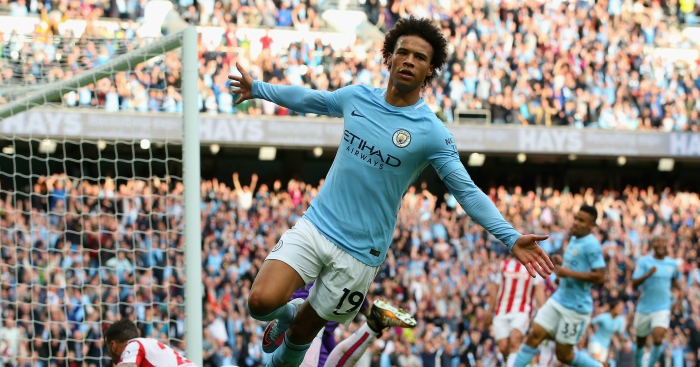 Manchester City produced one of the performances of the season against Stoke City on Saturday – and facing up to Leroy Sane just got a little bit too much for Ibrahim Afellay.

City thumped Stoke 7-2 at the Etihad thanks to goals from Sane, Fernandinho, Raheem Sterling, Bernardo Silva and a brace from Gabriel Jesus.

Stoke had briefly made it 3-2 thanks to a deflected strike from Mame Biram Diouf and Kyle Walker’s own-goal.

But City turned on the style after the break and put the Potters to the sword to move to the top of the Premier League by two points – after Manchester United could only draw at Liverpool.

There were plenty of excellent goals but our favourite moment came when Afellay could do nothing but rugby tackle Sane, proving that desperate times do indeed call for desperate measures.