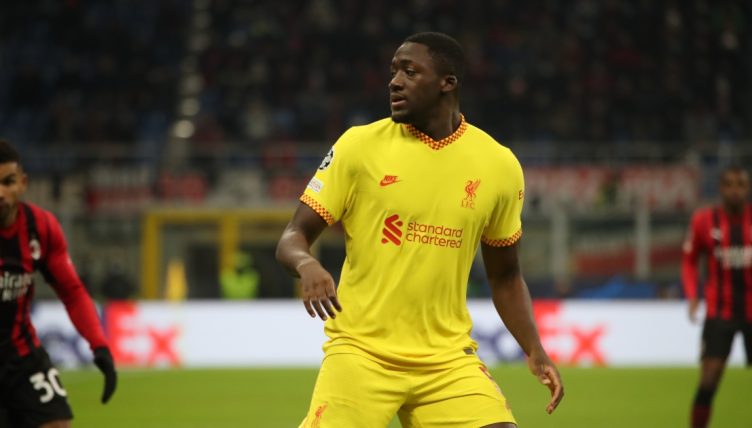 Liverpool became the first British side to win all six Champions League group games after a rotated side beat AC Milan 2-1 on Tuesday evening.

The Reds were already assured of topping Group B but their victory in the San Siro, secured with goals from Mohamed Salah and Divok Origi, meant that their Italian opponents were eliminated from all European competitions.

While the post-match chat focused on Salah scoring his 20th goal of the season, centre-backs Nat Phillips and Ibrahima Konate was singled out for praise by manager Jurgen Klopp.

“How they defended that tonight is outstanding and I am really, really proud of the boys.”

While clips of Phillips’ Cruyff turn did the rounds, our attention was drawn to an impressive piece of defending from his defensive partner.

As Milan midfielder Rade Krunic bought the ball down with his chest, Konate shepherded him out of play by using his upper-body strength to deny his opponent any goalscoring opportunity.

Konate spent the rest of his evening shutting down Zlatan Ibrahimovic and Liverpool fans will be delighted with how well their summer signing has settled in at Anfield.