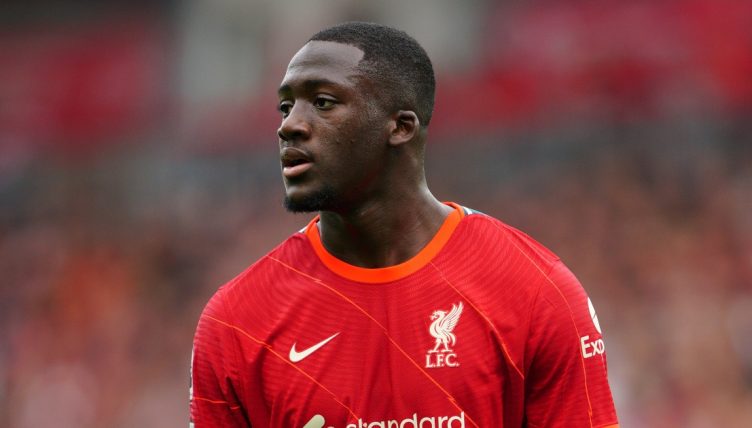 Liverpool‘s Ibrahima Konate was cool, calm and collected all afternoon as his side thrashed Manchester United 5-0 on Sunday at Old Trafford – even when scuffles were breaking out around him.

The 22-year-old centre-back came into Jurgen Klopp’s starting line-up on Sunday for only his second Premier League start since his £36million summer move from RB Leipzig.

You’d not have known you were watching someone play in a game of this magnitude for the first time, however. Konate was comfortbale all game alongside Virgil van Dijk, keeping United at bay as his team-mates ran riot at the other end of the pitch.

Jordan Henderson said after the game:  “We’ve got a few very, very good centre-backs so it’s difficult, but I thought [Konate] was top class.

Konate also showed he is useful to have around when things get heated.

A bit of pushing and shoving broke out at the end of the first half, after Cristiano Ronaldo had whacked the ball into a prostrate Curtis Jones’ gut.

But Konate was on hand to sort things out, using his significant frame to shove Bruno Fernandes and Fred out of the way with laughable ease as Anthony Taylor attemtped to regain control.