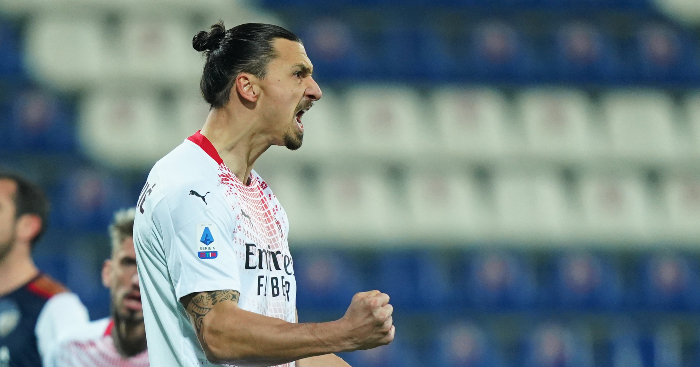 Zlatan Ibrahimovic marked his first Serie A start of 2021 with another goal, and a sensational addition to his highlights reel.

The 39-year-old former Sweden international was a key figure in AC Milan’s resurgence in 2020, scoring 10 goals in his first six starts before suffering a thigh injury in November, ruling him out for the surprise title challengers for over a month.

But having made a brief cameo off the bench and another brief appearance in the Coppa Italia, the talismanic striker was back in the XI on Monday evening as the Rossoneri travelled to Cagliari. Within seven minutes, he’d put them ahead from the penalty spot.

In a confident mood as ever, Ibra’s most eye-catching moment as the ball was played headed down to him just outside the area.

The veteran clearly hasn’t lost his agility, combining martial arts with pure football ability as he allowed the ball to bounce, flicking it up, before swiftly turning, playing it out to the flank with a delightful outside of the boot half-volley.

We hope he never retires.