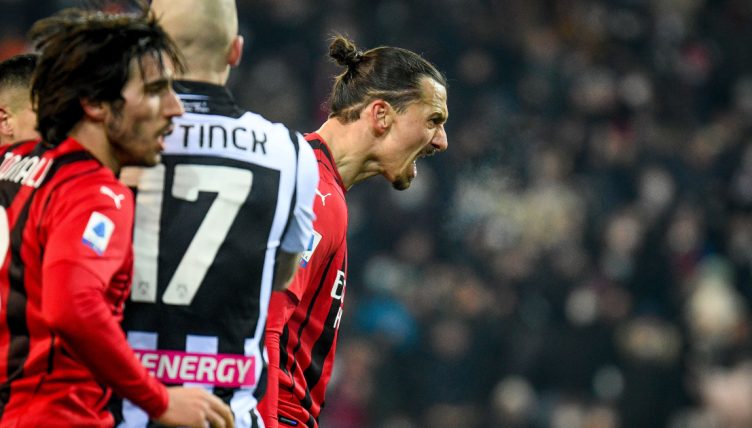 Zlatan Ibrahimovic rescued a late point for Serie A leaders AC Milan with an acrobatic finish in injury time against Udinese.

The Sweden international striker stepped up in the dying embers of the match, taking advantage of some chaos in the box to fire home with an improvised finish.

A deep cross from Samu Castillejo was met by Daniel Maldini in the box who headed it towards Ibrahimovic.

The ball initially went over the 40-year-old’s head but Ibrahimovic was able to keep the ball alive by flicking it up in the air.

With Udinese unable to clear, Ibrahimovic met the ball with his right foot in the air in an acrobatic finish that seemed to defy his age.

The strike also saw him become just the third player to score 300 goals in Europe’s top five leagues this century after Cristiano Ronaldo and Lionel Messi.

AC Milan currently sit top of Serie A, although city rivals Inter Milan sit two points behind them with a game in hand. Napoli and Atalanta are also close behind the two Milan teams and a fascinating title race seems to be falling into place.

Ibrahimović scores his 300th goal in Europe's top five leagues to rescue a point for Milan against Udinese.

Doing it in style! 💥 pic.twitter.com/pTaToqer55