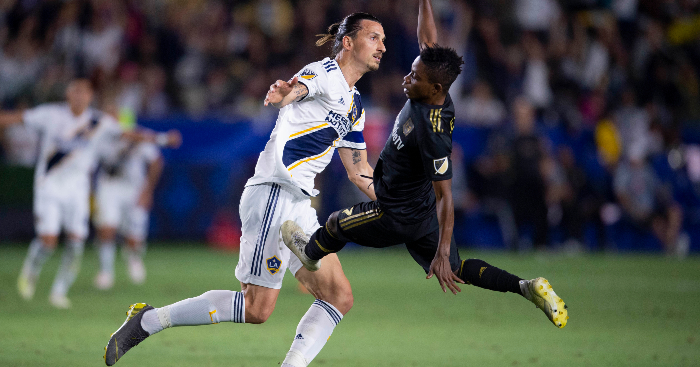 Zlatan Ibrahimovic made the headlines again in MLS with an absolute masterpiece of a hat-trick against LA Galaxy’s local rivals.

It’s safe to say that the former Manchester United, Barcelona and Inter striker is enjoying the limelight out in LA, and barely a week goes by without a new cartoonishly arrogant quote.

But at least he justifies the hype on the pitch, with the latest example him scoring all three goals as LA Galaxy beat LA FC 3-2.

The opener was the pick of the lot – dare we say it, with hints of both Tony Yeboah and Dennis Bergkamp – but the other two weren’t bad either.

Watch all three below: