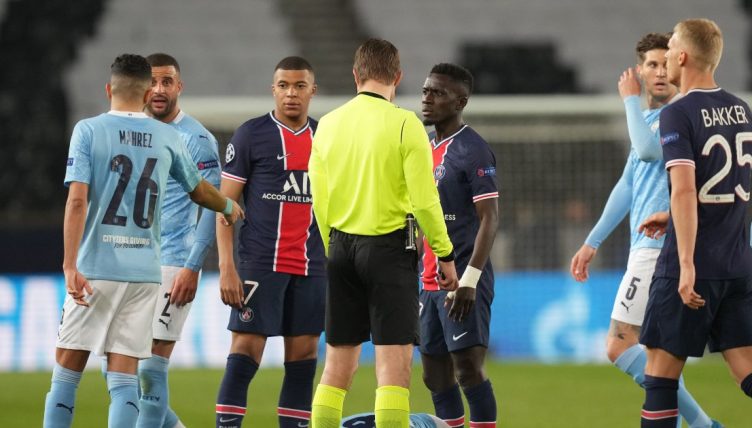 PSG’s Idrissa Gueye was shown a straight red card for a horrendous tackle on Ilkay Gundogan during their Champions League semi-final first leg against Manchester City.

The Ligue 1 side dominated the first half of a high-quality encounter at the Parc des Princes and opened the scoring through Marquinhos.

City were back to their best in the second half and two goals in quick succession from Kevin De Bruyne and Riyad Mahrez turned the game on its head.

The PSG players couldn’t hide their frustrations and Gueye produced a wild and late challenge on Gundogan, catching the Germany international above the ankle.

Gundogan immediately screamed in grimace but was able to continue after receiving treatment.

Referee Felix Brych didn’t even need to refer to VAR and brandished a red card to Gueye, who will now miss the second leg at the Etihad Stadium.