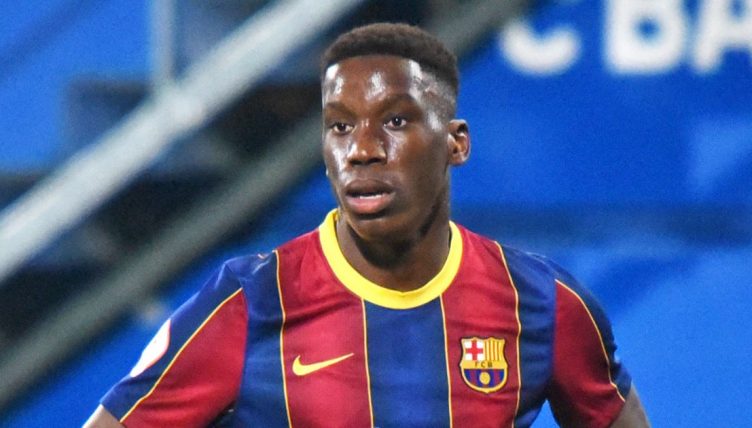 Having made his first-team debut against Cornella in the Copa del Rey in January, Moriba then started in Barcelona’s 5-1 win over Alaves in La Liga the following month and set up Francisco Trincao’s first goal.

The 18-year-old was brought on as a late substitute in the victory over Sevilla and linked up with Lionel Messi, who made it 2-0 to the away side.

After the final whistle, Moriba bowed down to Koeman in a lovely show of respect, thanking his manager as one of a number of young players to be handed first-team opportunities this term.

“He was very good,” Koeman said after the game. “He was strong and very calm on the ball after coming on. He contributed in the little time he had. He helped us to win.”

Watch: Messi sends Fernando to the shops before scoring for Barcelona