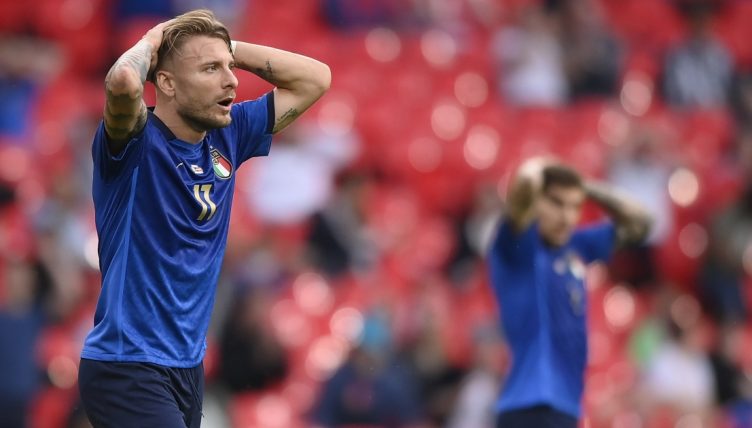 Italy took on Austria in the last-16 of Euro 2020 on Saturday night with the Azzurri big favourites heading into the clash following their dominant display in group A.

Roberto Mancini’s side topped their group with nine points, beating Turkey, Switzerland and Wales, while Austria finished second to the Netherlands in group C.

Italy took control of their knockout game early on as well, limiting the Austrians to the odd break on the counter-attack, and Ciro Immobile came to within a few millimetres of opening the scoring in stunning style.

Picking up the ball with his back to goal, the Lazio marksman was allowed to turn and get his head up. With two goals in the tournament to his name already, Immobile thought he would try his luck.

The strike was perfect and Daniel Bachmann could only look over his shoulder and pray the ball would not nestle in the top corner.

Somebody was clearly listening to the Watford shot-stopper. Swerving in the air, the ball slipped just wide of the goal, hitting the post on its way past.

Watch: Gareth Bale walks out of interview when asked about his future