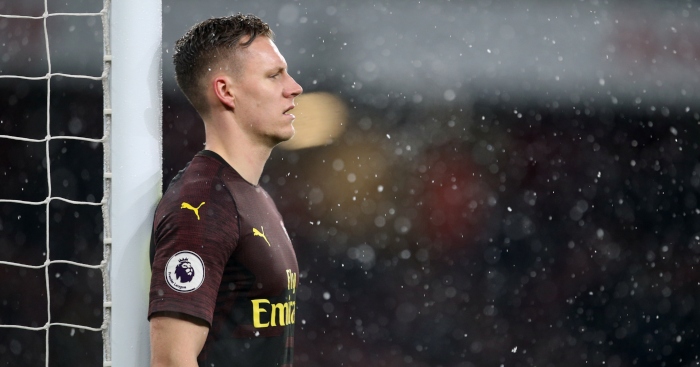 Bernd Leno may have had his critics at the start of the season, but the goalkeeper is continuing to become an Arsenal favourite with a brilliant save to help the Gunners secure a 1-0 win at Watford on Monday night.

Arsenal took the lead after 10 minutes as Pierre-Emerick Aubameyang charged down Ben Foster’s clearance and the ball ricocheted into the back of the net.

And the Gunners were given another boost just a minute later when Troy Deeney was given a straight red card for elbowing Lucas Torreira, but Watford made life difficult for the visitors at Vicarage Road.

The Hornets had plenty of chances to grab an equaliser but couldn’t find a way past Leno in the Arsenal goal, with this particular save from Etienne Capoue’s free-kick a highlight.

This was the incredible Leno save from the free kick, his second big save of the game. He is the definition of underrated. pic.twitter.com/QoyHyX96jd