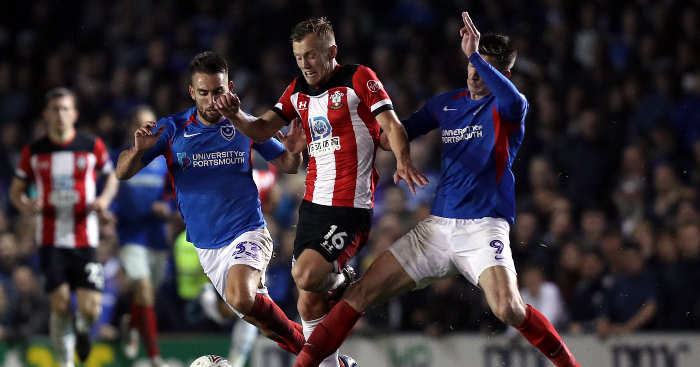 COPA90‘s exceptional series of documentaries exploring the most fierce derbies in world football is back with a brilliant hour-long special covering Portsmouth v Southampton.

It’s almost a year since their last episode of Derby Days dropped, in which presenter Eli Mengem went inside the belly of the beast for last season’s insane Superclasico Copa Libertadores final between River Plate and Boca Juniors.

You might say there’s no topping that, but try telling that to the supporters of Portsmouth and Southampton, for which the South Coast derby means absolutely everything.

With Saints establishing themselves in the Premier League and Pompey’s dramatic fall following the dizzying heights of the FA Cup win, it’s been a long time since these two clubs faced off – seven years ago, in fact, with Portsmouth on the wane and Southampton on in the up in the Championship.

So, when the two were drawn against one another in the second round of this season’s League Cup, there were guaranteed to be sparks.

Mengem and his documentary team were there to capture the wild scenes around the game in all their glory, and to allow the fans themselves to explain what makes the South Coast derby so unique, and so vicious.

In the end, the Premier League quality of Southampton – two tiers above their local rivals – told on the night with a resounding 4-0 victory. But a non-contest on the pitch didn’t dampen the sense of event and the atmosphere at Fratton Park, as Derby Days: South Coast captures brilliantly.