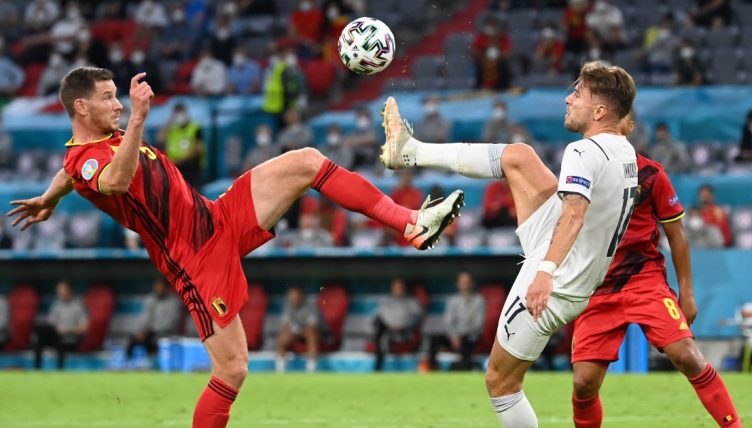 Ciro Immobile was not afraid to use cunning tricks in Italy’s Euro 2020 quarter-final against Belgium.

The first half of the clash was a gloriously entertaining high-intensity match with both sides attacking with intent. Leonardo Bonucci thought he’d chested in the opener early on, but after a VAR check it was ruled out for offside.

A short while later, Immobile made a claim for a penalty after challenging Jan Vertonghen for the ball. He didn’t get the decision, but as he lay on the floor the ball ended up in the back of the net, after Vertonghen failed to clear the ball before a sensational strike from Nicola Barella.

It’s worth keeping an eye on the Lazio striker as his Italian team-mates wheeled away in celebration. Suddenly, miraculously, he seemed just fine.

The healing power of a goal, eh?