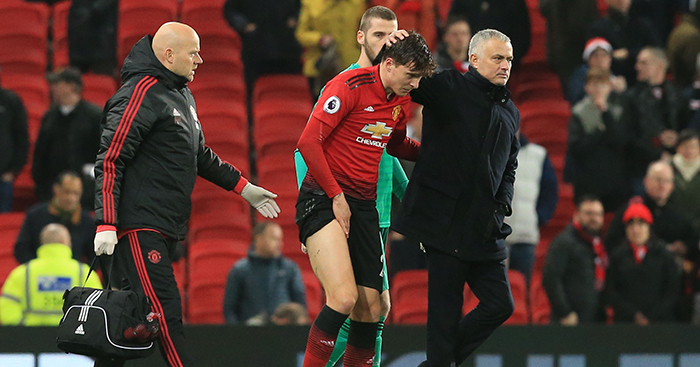 Manchester United suffered another frustrating afternoon on Saturday as they were held to a 0-0 draw by Crystal Palace at Old Trafford – but Victor Lindelof certainly showed his commitment to the cause.

Lindelof has taken time to settle in since his transfer from Benfica last summer, but the Sweden centre-back has been a regular this season and once again started alongside Chris Smalling against Palace.

And while United fans won’t have been happy with what they saw from Jose Mourinho’s in an attacking sense, they can’t fail to have been impressed by Lindelof towards the end when, clearly injured, he found himself in a foot race with Jordan Ayew.

Clutching his thigh, Lindelof not only managed to get there first but also turned his way out of danger to beat both Ayew and Patrick van Aanholt before releasing the ball.

Watch the brilliant piece of skill from the 24-year-old below.