Watch: ‘It’s all gone quiet over there’ – Richards taunts Souness after City win 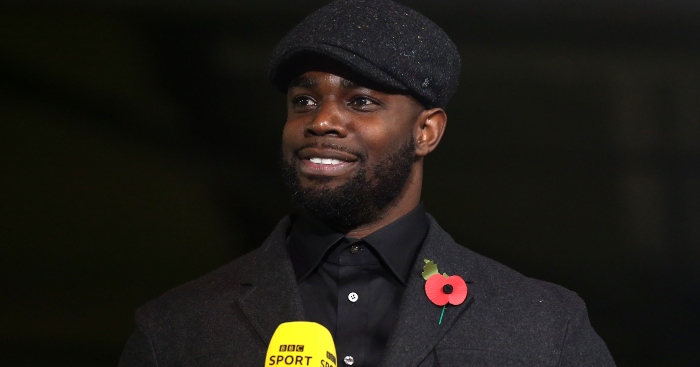 Frequently the only City-supporting pundit surrounded by former Liverpool and Manchester United players, Richards has become a big hit with viewers for his hilarious antics.

An Ilkay Gundogan brace and goals from Raheem Sterling and Phil Foden gave City their first win at Anfield since 2003 and Richards didn’t hold back.

Breaking out into song, the former City defender serenaded the studio with the words ‘you’re not singing any more’ as Souness attempted to keep a straight face.

Watch: Ruben Dias drags Zinchenko into place for a free kick by his neck