Watch: ‘It’s always you’ – Antonio Conte sent off for arguing with referee 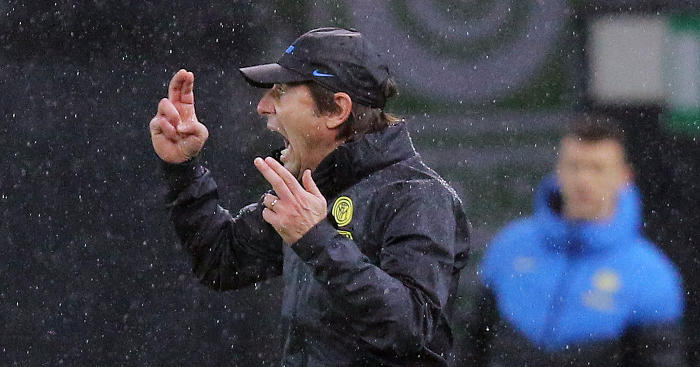 The frustration of dropping two points in the race for the Scudetto clearly got to Inter Milan manager Antonio Conte, who was sent off in injury time for remonstrating with the referee.

While their city rivals AC Milan, the current Serie A table-toppers, suffered a serious setback with a 3-0 defeat to Atalanta, Inter missed a big opportunity to draw level on points, only mustering a goalless draw at Udinese.

Former Juventus and Chelsea boss Conte is yet to deliver silverware at the San Siro, having led Inter to finish as the runners-up in Serie A and the Europa League last term.

Inter dominated possession and territory against Udinese but couldn’t make that count as their front two of Romelu Lukaku and Leandro Martinez failed to force a breakthrough.

Exchanging verbals with match official Fabio Maresca, team manager Lele Oriali was also dismissed. This particular referee has clearly angered Conte in the past and he let his old grudge to boil over here.

“It’s always you, Maresca,” he could be heard shouting.