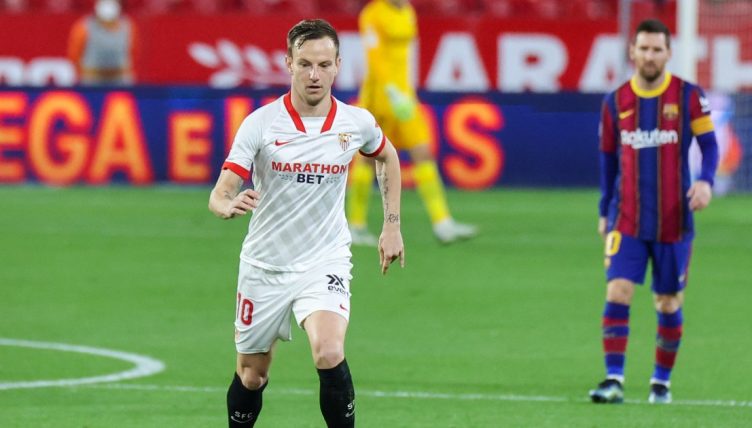 The tragicomedy that is Barcelona in 2021 continued on Wednesday night as Ivan Rakitic consigned his former club to a 2-0 defeat against Sevilla in the first leg of their Copa del Rey semi-final clash.

After watching Philippe Coutinho win a treble on loan at Bayern Munich last season and superbastard Luis Suarez inspire a resurgent Atletico Madrid to a position of being favourites to win the league, Barcelona’s woes were compounded by their former midfielder Rakitic, who returned to Sevilla in the summer for a nominal fee.

Sevilla took the lead in the first half through Jules Kounde, with the reported Manchester United target adding a few millions to his price tag courtesy of an excellent solo goal.

Rakitic then completed the scoring late on, ruthlessly finishing off a counter-attack with a powerful strike past Marc-Andre ter Stegen.

Now, about that new contract, Leo…