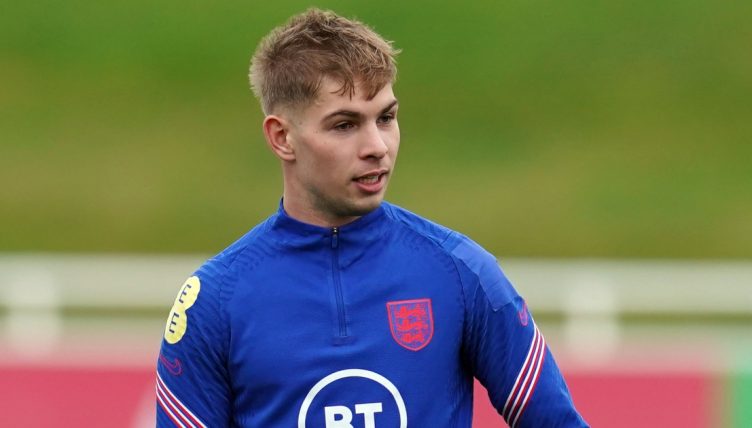 After playing alongside Kevin De Bruyne at Manchester City, Jack Grealish has now linked up with the Croydon De Bruyne in England training.

Emile Smith Rowe, who came through Arenal’s academy, has been compared to De Bruyne due to his impressive performances in recent months.

“A couple of the boys always say it to me, which is obviously quite funny,” Smith Rowe told the Sun when asked about his nickname. “It’s great. He’s someone I look up to who is an unbelievable player. It’s good to get a nickname like that.”

The 21-year-old has enjoyed an impressive start to the season at club level and was rewarded with his first call up to the senior England squad.

During a recent training session, several players practised their keepy-uppies and Grealish could be heard shouting ‘Croydon De Bruyne’ at Smith Rowe.

After coming off the bench against Lithuania, the Arsenal midfielder was then handed his full England debut in their final World Cup qualifier against San Marino. He carried his impressive club form onto the international stage, registering a goal and an assist in their 10-0 win.