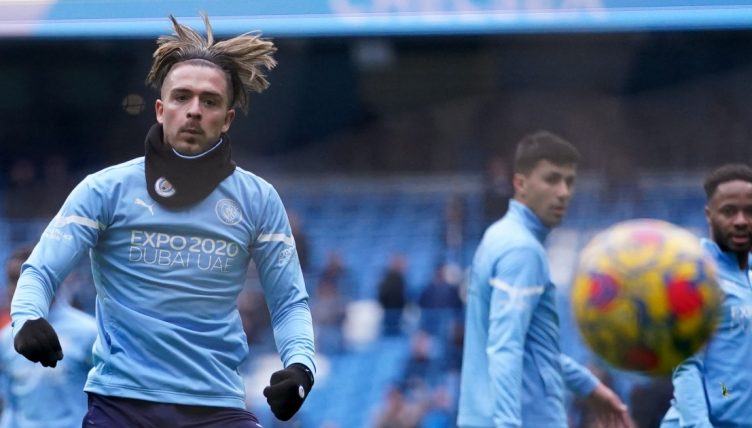 Jack Grealish has had a fairly underwhelming start to life at Manchester City since his record-breaking £100million transfer from Aston Villa in the summer.

The England star finally got his big move to Manchester, but with just two goals and two assists in 15 Premier League games this season, his slow start has earned him his share of critics.

Most people aren’t too worried, with there being an acceptance that adapting to Pep Guardiola’s system and making the step up to join the champions comes with an adaptation period, but in a squad as strong as City’s, he needs to start performing soon.

Handed a start in a top of the table clash against Chelsea, the first half was relatively quiet for both teams, but the biggest moment of the first 45 minutes came when Grealish found himself bearing down on goal with just the keeper to beat.

The 26-year-old tried to place a shot beyond the onrushing Kepa Arrizabalaga, but the Spaniard saved well with his leg, and Grealish saw his attempt go behind for a corner.

A goal against Chelsea would have been the perfect way to get his City career up and running, but it looks like he will have to wait longer before finding the net again.