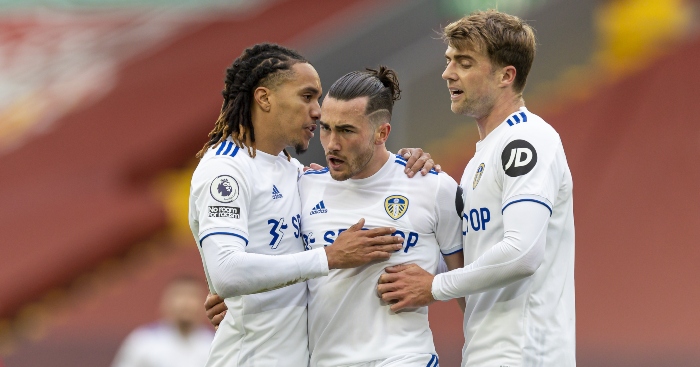 Patrick Bamford’s incredible start to the season with Leeds United has taken a lot of people by surprise, including his own team-mates.

Bamford has often been criticised for his wastefulness in front of goal but has silenced the doubters this season, scoring six goals in his first six Premier League games.

The striker scored just the second competitive hat-trick of his career against Aston Villa, helping Marcelo Bielsa’s side to a 3-0 win on Friday night.

After tapping in a rebound from a Rodrigo shot, he doubled their lead in the 67th minute with a stunning effort from 20 yards.

Leeds team-mate Jack Harrison wanted Bamford to pass him the ball and was stunned when his effort flew into the top corner.

Noel Whelan: The Class of ’92 had never come up against a team like Leeds

Llorente next: The eight Spaniards to play for Leeds and how they fared