Watch: Jack Wilshere gets sent off for brawling in Arsenal U23 fixture 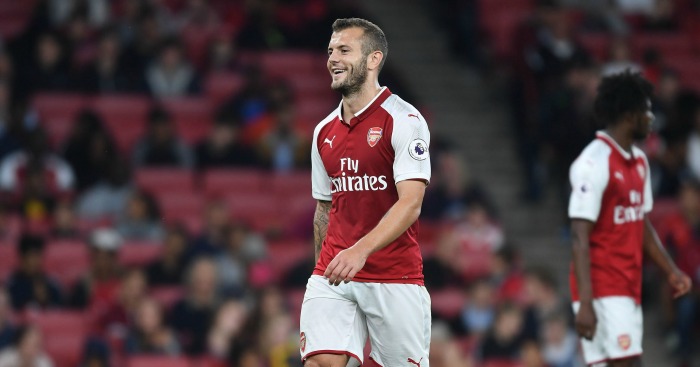 Arsenal and Manchester City clashed in an unusually entertaining Under-23 fixture as Jack Wilshere was sent off for kickstarting a brawl between the two sets of players.

Having recovered from a broken leg suffered while on loan at Bournemouth last season, Wilshere was given the chance to build up his match fitness and provided the assist for one of the goals as Arsenal led 4-1 midway through the second half.

However, the England international then took exception to a tackle from midfielder Matthew Smith, provoking a mass brawl which resulted in Wilshere and City defender Tyreke Wilson seeing red.

Arsenal went on to win the match. Still, there’s just something about a mass brawl.

Jack Wilshere getting sent off against City’s youth, embarrassing, what a nob ed pic.twitter.com/OmlhlapnPI

Watch: Abou Diaby gets emotional live on TV after praise from Arsenal fans