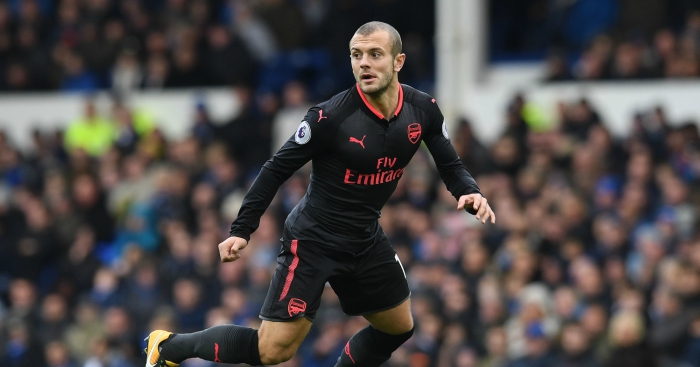 Arsenal produced a superb performance to win 5-2 at Everton – and it was a game one fan in particular won’t forget any time soon.

The Gunners heaped the pressure on under-fire Everton boss Ronald Koeman with a dominant display at Goodison Park.

Everton actually took the lead on Sunday afternoon as Wayne Rooney scored with a brilliant finish from outside of the box.

But Arsenal turned on the style to score through Nacho Monreal and Mesut Ozil before Idrissa Gueye’s red card saw the floodgates open.

Alexandre Lacazette, Aaron Ramsey and Alexis Sanchez added further goals, while Jack Wilshere produced an impressive cameo off the bench in his first Premier League appearance of the season.

After the game, one Arsenal fan ran on to the pitch to praise the players but was swiftly dragged away by stewards.

But while the supporter was being dragged away, Wilshere made sure he left with a present.