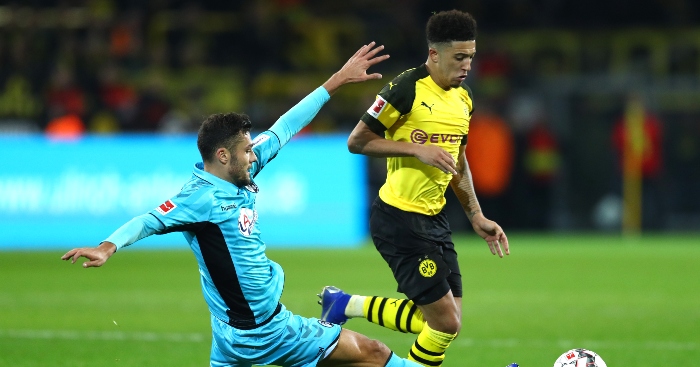 There’s no stopping the hype train when it comes to Jadon Sancho.

The former Manchester City academy product has four goals and six assists already in the Bundesliga this season, despite mostly being used as a substitute by Borussia Dortmund coach Lucien Favre.

Such performances have earned him an England debut, and he just seems to be getting better and better.

And though the 18-year-old didn’t get on the scoresheet on Saturday, he did catch the eye with these exceptional Maradona turns to create space on the counter in injury-time.

Watch the stunning skill below: