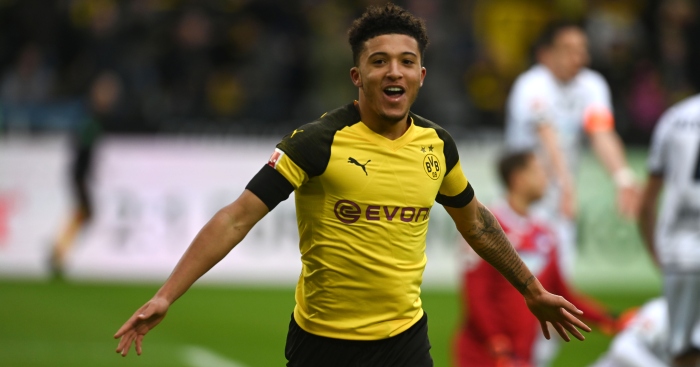 Jadon Sancho has ripped the Bundesliga apart this season, and on Saturday afternoon he humiliated Hoffenheim defender Stefan Posch.

In the build-up to Dortmund’s third goal at home to Hoffenheim, Sancho received the ball and produced an obscene piece of skill.

Not only did he audaciously backheel the ball first time into the direction of Mario Gotze, it also travelled through the legs of Posch to reach him.

Sancho also got on the score sheet as well as registering an assist in Saturday’s game which saw Dortmund surrender a three-goal lead.

The promising youngster now has eight goals and 12 assists this season for the Black and Yellows.