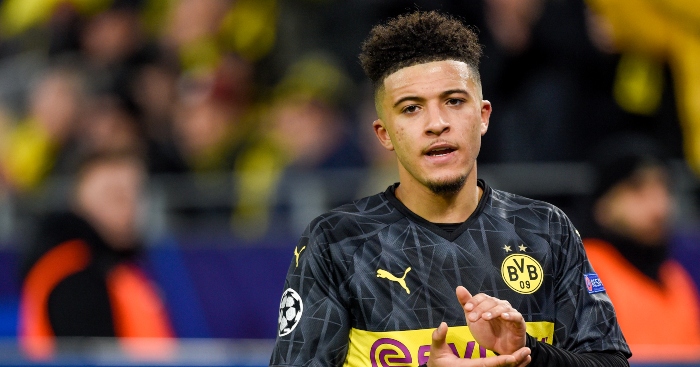 Erling Haaland stole the headlines as Borussia Dortmund beat PSG in the Champions League – but Jadon Sancho provided the highlight of the match.

Haaland showed great instincts to give Dortmund the lead in the 69th minute, tapping home after Raphael Guerreiro’s shot was blocked.

The 19-year-old unleashed a left-footed thunderbolt from 20 yards that left Navas with no chance and gave Dortmund a first leg lead.

Sancho has also been in great form this season and put in another impressive display against the French champions.

The England international showed that he isn’t afraid of anybody and humiliated PSG midfielder Marco Verratti with a brilliant nutmeg.