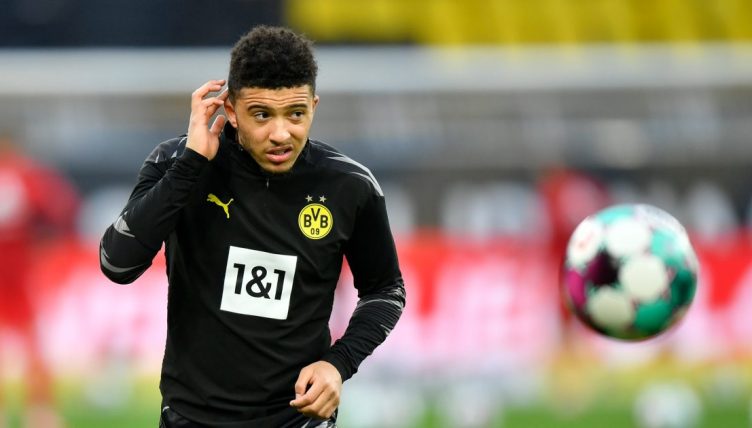 Jadon Sancho didn’t take long to make his mark as he made his return from injury in Borussia Dortmund‘s 2-0 victory over Union Berlin in the Bundesliga on Wednesday night.

England winger Sancho missed both legs of Dortmund’s Champions League quarter-final defeat to former club Manchester City but made his first appearance since the start of March by playing the final half an hour against Union Berlin.

After Marco Reus gave Dortmund the lead in the second half, Sancho played a key role in Raphael Guerreiro’s late goal to secure all three points, launching the counter-attack by winning the ball back in his own half.

But our favourite moment of Sancho’s eye-catching cameo, which also marked his 100th Bundesliga appearance, came courtesy of an incredibly cheeky nutmeg on Christopher Trimmel.

It’s good to have you back, Jadon.

Great to see him back out on the pitch this evening 🙌 pic.twitter.com/yyFS90TE5f