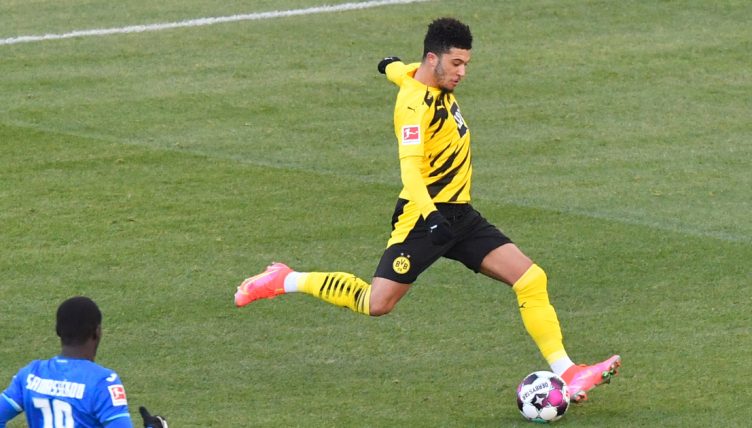 Jadon Sancho’s bid for a place in Gareth Southgate’s England squad was given a boost as he scored for Borussia Dortmund against Hoffenheim.

It has been a frustrating season for Edin Terzic’s side, who now sit in sixth place following their 2-2 draw with Hoffenheim, but the nature of the Englishman’s goal will give him a reason for optimism.

After a lovely bit of play in the Dortmund midfield, Erling Haaland released Raphael Guerreiro down the left-hand side who set Sancho through on goal.

The former Manchester City man took his time, eyed up the goalkeeper, and picked his spot just inside the near post.

It took his tally for the season to five goals and nine assists in the Bundesliga, as he aims to secure a spot in Southgate’s Euro squad.

A lovely counter-attack from Dortmund 👏