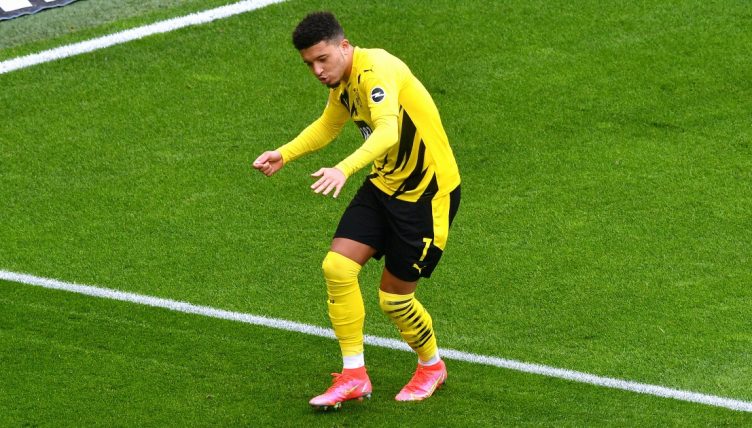 RB Leipzig‘s Dayot Upamecano has already secured his big move, set to make the switch to Bayern Munich along with his manager Julian Nagelsmann.

But even as one of Europe’s most highly-rated defenders, Upamecano was given a difficult afternoon by Jadon Sancho as Leipzig hosted Borussia Dortmund on Saturday.

Sancho scored twice in a 3-2 away win, playing a vital role in his side picking up three points in their race to qualify for the Champions League, with Leipzig’s defeat meant that Bayern are officially Bundesliga champions for a ninth successive season.

The England international’s goals will dominate the headlines, but our personal highlight was his brilliant dancing feet, bamboozling Upamecano before playing it through his legs to find Marco Reus.