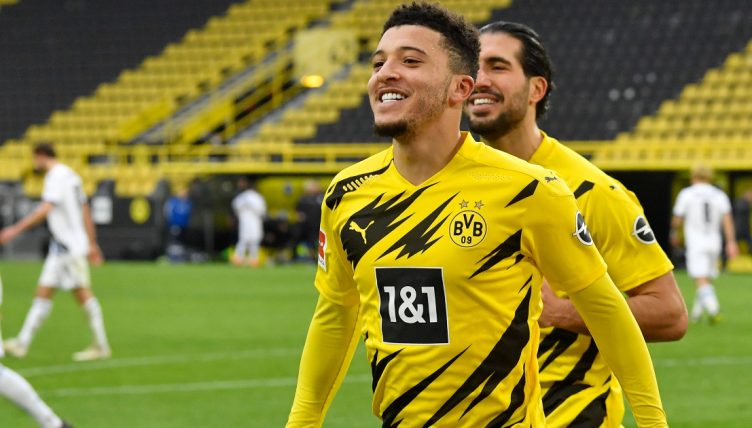 The 20-year-old has been at the centre of a transfer storm for what feels like a lifetime now but he has not let it affect him one bit.

Manchester United were the team most hotly linked with the winger during the summer and January, and his form will have done little to deter them. So you can bet those rumours will be back in a few months.

His latest display will have only increased the desire for certain clubs to land the England international.

They largely have Sancho to thank. He converted from the spot to make it 2-0 before Reinier made it three late on.

But it was the assist for the first that was most of note. Not for the quality, as he picked out Mahmoud Dahoud on the edge of the area, but for what it meant.

With the pass, Sancho became the youngest ever player to reach 50 Bundesliga assists. You can almost hear that extra zero being written onto his asking price.