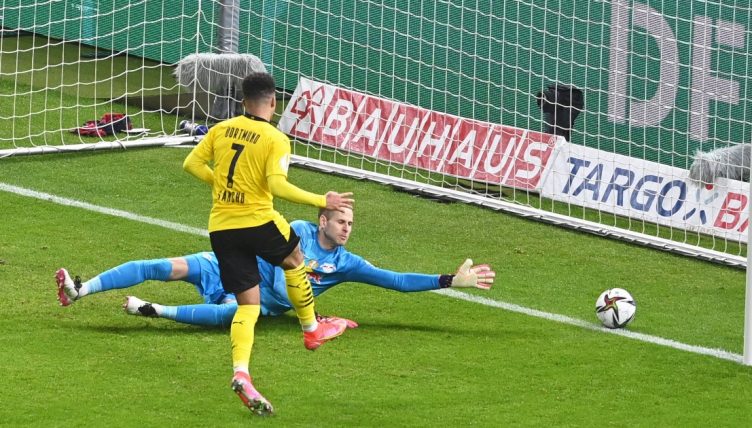 Dortmund travelled to Berlin for the showpiece match knowing that a win would provide some consolation from what has been a somewhat challenging season.

And Sancho seemed more than ready to make his mark on the big occasion.

It only took five minutes for the England winger to open the scoring with a brilliant curling effort that gave the Leipzig goalkeeper no chance.

Erling Haaland doubled their lead before Sancho helped himself to his second goal in characteristically cheeky fashion.

Marco Reus broke through and unselfishly squared the ball to his unmarked teammate. Sancho waited until his opponent fell flat on his arse before rolling the ball into an unguarded net – despite the goalkeeper’s best efforts.

Sancho’s form is good news for England ahead of next month’s European Championships.