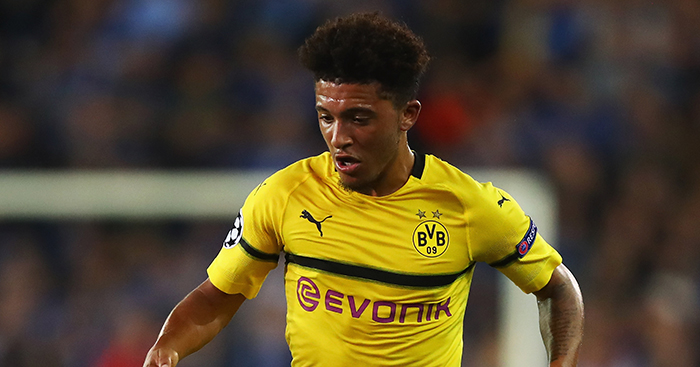 Jadon Sancho recorded his ninth assist of the season on Saturday as Borussia Dortmund beat Augsburg 4-3 in a remarkable game in the Bundesliga.

Dortmund trailed 1-0 at half-time at the Westfalenstadion, but Paco Alcácer scored within three minutes of stepping off the bench to make it 1-1 in the 62nd minute.

He was required to level things up again 10 minutes from time after Augsburg had retaken the lead, and it was Sancho the provider with a perfect low cross on his first league start of the season.

It capped a fine week for Sancho, who has been called up to the England squad for the first time in recognition of his sensational form so far this season.

He played only 124 minutes combined across the first six Bundesliga games of the season yet still provided six assists and a goal, while he also has assists to his name in the Champions League and DFB-Pokal.