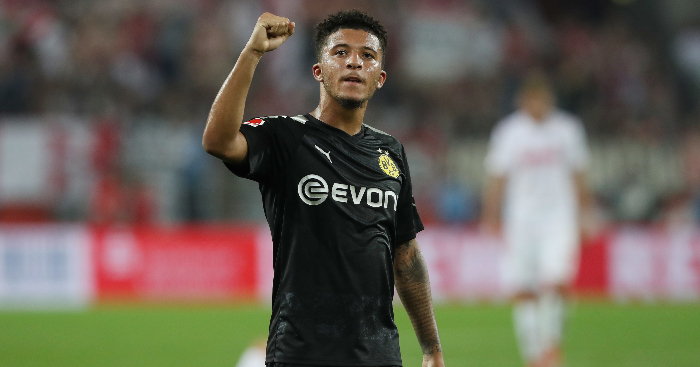 The Bundesliga title challengers were losing 1-0 until the 70th minute, when Sancho scored a brilliant strike, finding himself unmarked from a short corner he’d won himself with a deflected strike on goal.

Achraf Hakimi headed in the second 15 minutes later, before Sancho led a counter-attack deep in injury time, with an opportunity to shoot himself but rather unselfishly squaring it to Paco Alcacer, who tapped it in.

The 19-year-old now has two goals and two assists from two games in the new Bundesliga season, having also scored and assisted in the opening weekend’s 5-1 win over Augsburg.

Watch both the goal and assist below.