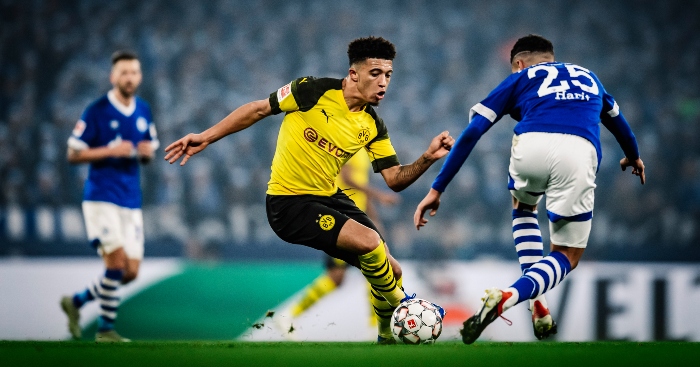 Jadon Sancho has received plenty of attention for his performances for Borussia Dortmund in recent weeks.

Still just 18, he added to his already-considerable personal highlights reel with the most important goal of his career so far. With it, Dortmund won the match and retained their considerable Bundesliga lead, and at the home of hated rivals Schalke too.

It was a peach, too. Watch below to see how he starts the move with some clever skill and then collects the ball to score to make it 2-1 in the heated Rivierderby.