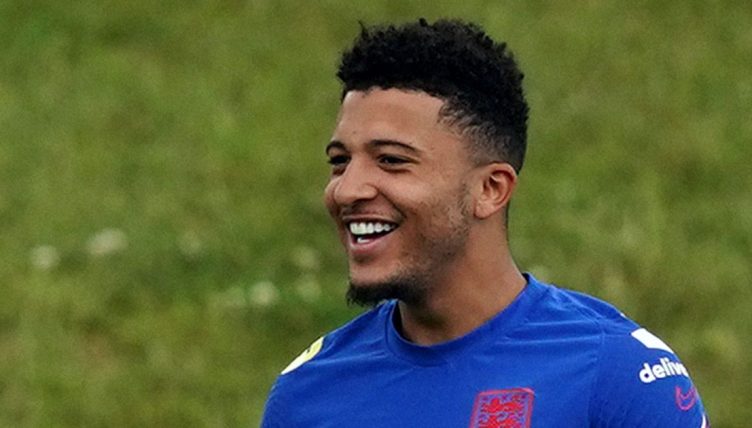 Jadon Sancho completed his first training session as a Manchester United player ahead of his highly anticipated debut.

Sancho is widely regarded as one of the best young players in the world, having registered 25 goals and 27 assists in the Bundesliga over the last two seasons.

After United refused to meet Dortmund’s £108million asking price last summer, they reignited their interest at the end of 2020-21 and agreed to a £72.9million deal.

The England international completed his move to United in July but has been away on holiday after appearing for the Three Lions at Euro 2020.

He didn’t feature in any of their pre-season friendlies but attended his first training session with his new side on Monday morning. The 21-year-old was put through his paces at Carrington and was also pictured alongside Ole Gunnar Solskjaer.

Sancho will now be hoping to make his Premier League debut in their opening fixture of the season against Leeds United on Saturday.