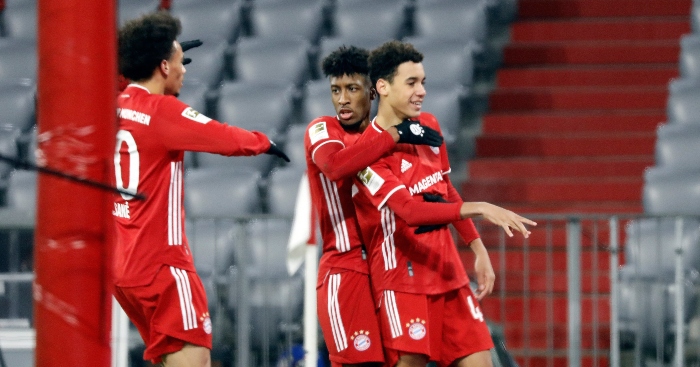 We’ve all seen that English talent can go to the Bundesliga to thrive and Jamal Musiala has shown that he’s capable of doing just that at Bayern Munich.

Musiala joined Bayern’s youth ranks from Chelsea’s academy in 2019, and while he likely would have been towards the back of the queue at Stamford Bridge, the youngster is already getting chances under Hansi Flick.

The 17-year-old had already scored when coming off the bench against Schalke and Eintracht Frankfurt, while the attacking midfielder started against Werder Bremen.

However, coming up against RB Leipzig, this was Musiala’s first real chance to show that he can make a big impact against a big Bundesliga club, as he came on for Javi Martinez after 25 minutes.

It was just five minutes after Musiala introduction that the teenager made his mark, getting the ball past Peter Gulacsi from outside of the box.

Bayern may not have got all three points, eventually drawing 3-3, but Musiala can certainly be pleased about the impact he made – especially in this moment.

Leroy Sane at Bayern: The world’s best supersub who ‘still needs something’