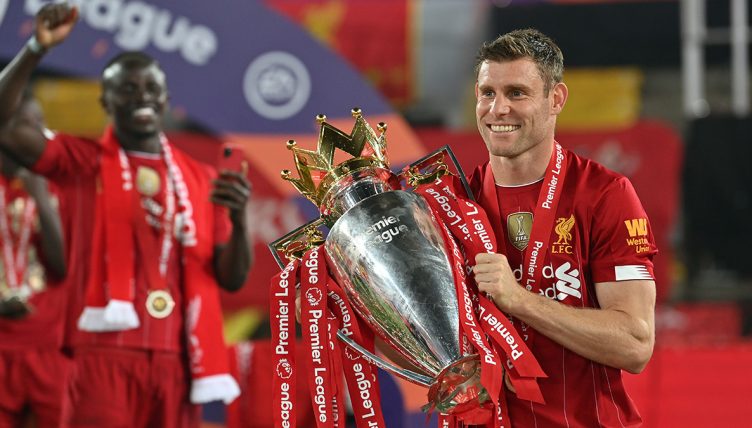 Everyone has already long since realised that James Milner is anything but boring – but he peeled away another layer of the myth at Liverpool‘s Premier League trophy presentation on Wednesday night.

Liverpool finally got their hands on the silverware they’ve been waiting for after a thrilling 5-3 win over Chelsea at Anfield featuring eight different goalscorers.

Injured captain Jordan Henderson was granted permission to lift the trophy, handed to him by Sir Kenny Dalglish, and though the celebrations were not quite what they would have imagined before the pandemic, the players still managed to enjoy themselves.

And Milner, a staunch Leeds United supporter and thus a staunch Manchester United hater, joked with Adam Lallana that this was the first time he’d wanted a red ribbon on the Premier League trophy as it’s “always been United before…f*cking w*nkers”.

As if Liverpool fans could love him any more…

Thiago next? The nine players Liverpool have signed from the Bundesliga