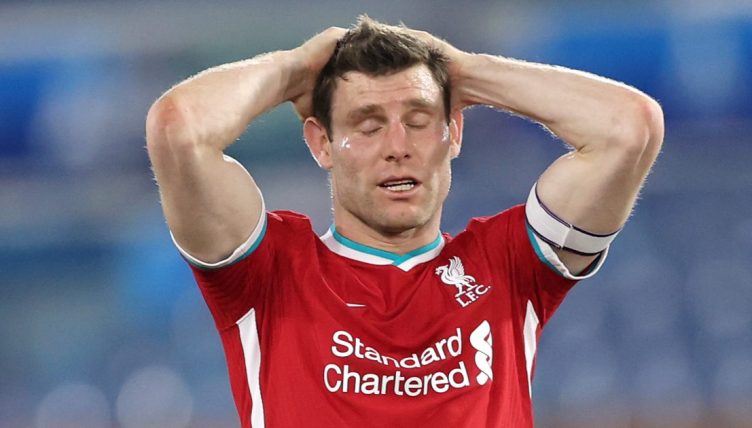 James Milner came out unequivocally against the European Super League after Liverpool were held to a 1-1 draw against Leeds United at Elland Road on Monday night.

The fixture was the first played in England’s top flight since plans were confirmed that Liverpool are one of 12 clubs forming a breakaway European Super League.

Jurgen Klopp has previously spoken out in his opposition of a Super League and reiterated his stance before the clash in West Yorkshire, where Liverpool’s team bus was greeted by a chorus of “greedy b*stards” and “scum” by fans of both clubs.

After Diego Llorente cancelled out Sadio Mane’s opener to earn Leeds a point, Milner was asked for his opinion on the plans in his post-match interview.

Just when we thought we couldn’t love Milner more than we already do, the midfielder was adamant he was against the proposals.

James Milner was asked about the introduction of the 'European Super League' pic.twitter.com/cvFAHbtjU9