Watch: James Milner jokes about scrum after playing in headband vs West Ham 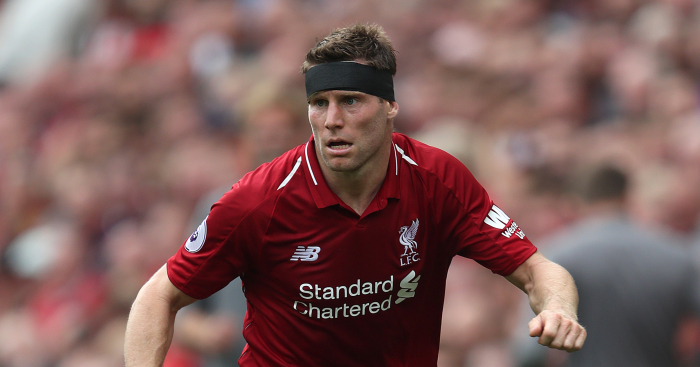 James Milner was at it again, cracking a joke in the post match interview after Liverpool’s dominant victory against West Ham.

Milner, who captained the side with Jordan Henderson on the bench, was forced to play with a protective headband after requiring 15 stitches in his head just one week ago.

The midfielder clashed heads with Mario Rui during Liverpool’s penultimate pre-season friendly, forcing him off the field as the club physiotherapist could not stop the flow of blood.

And Milner was at his joking best after the match, telling Sky Sports that he was “just waiting for the referee to give a scrum”.

He played through the pain to lead his side to a 4-0 victory in the first game of the season, with Sadio Mane grabbing two goals in his first appearance as Liverpool’s No.10.

And Mane shared the laughs as he jokingly handed his man of the match award to Milner during the interview.